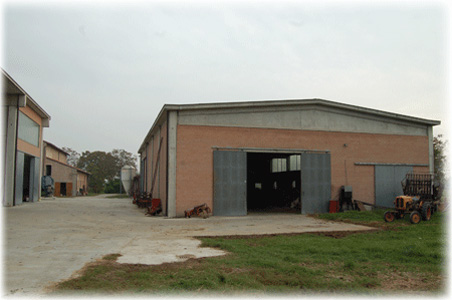 An ancient marshy land, it was reclaimed by the Benedictines of the Traghettino estate (interesting remains are preserved there). The eighteenth-century church of the capital is quite impressive.
Enzo started to breed the Reggiane from an idea his son had; they consider them robust, with long lives, more fertile and less problematic to manage.
The Baiocchi family is also famous for having reared, until a few months ago, a cow that lived over twenty years. Red, of course. Curious to know more? They also have a cow that prepares herself to be milked by hand every day.