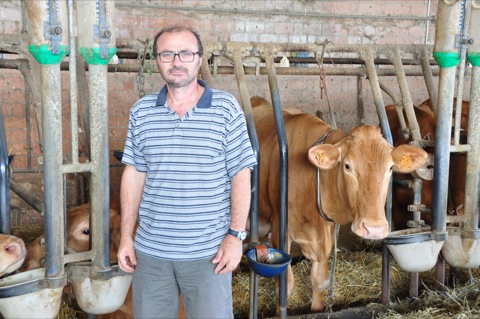 After teaching philosophy and literary subjects for several years, the passion for raising cows, which came about by taking care of the stable of his parents, pushed Antonio Tadiotto to start managing the whole agricultural activity. In fact, he worked in the artificial insemination sector for many years and, after returning to Reggio from time spent in Pakistan and England, he has founded his own company, where he mainly breeds Reggiana cows. The passion for these cattle, originally born as a choice of safeguarding a breed that was in danger of extinction, has been strengthened by the conviction that today the Reggiane are also zootechnically valid animals. The cheese obtained from the exclusive processing of Reggiana milk, has made breeding these cows economically advantageous. It is a product that meets the needs of those consumers who love traditional, delicious and locally sourced foods.