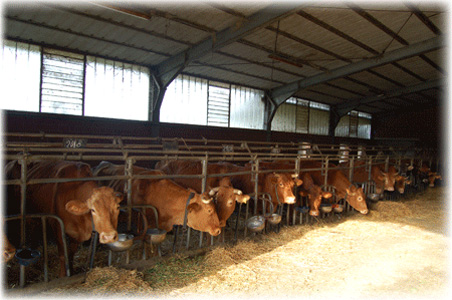 Morena’s husband was ploughing the fields in 1979 and discovered the famous archaeological site of Gambarata. Ever since then, in front of the company there has been an ancient Roman olive oil millstone. We are in the valley of the Rio delle Viole within the territory of Castellarano, one of the most beautiful medieval villages in the region. The landscape is beautiful, with protected natural areas and scattered castles, like the San Valentino, a few kilometres from Castellarano where there is also a famous golf club.
The lady of the estate started to breed the Reggiana because she believes that they are the best, most robust and docile animals.