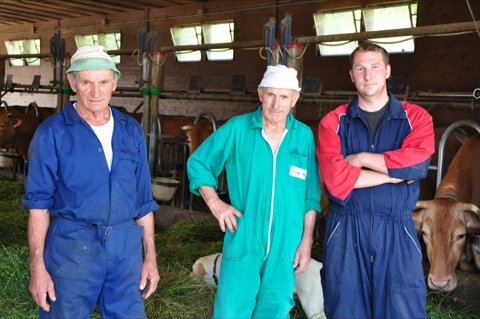 They have one of the first wooden stables of the Apennines and they are the only ones in the mountains to breed Reggiana cattle exclusively. Images of this farm have been featured in the documentary “Parmigiano Reggiano, heritage of the Apennines” and in the film “Matilde and the Formadio dei Monaci”.
Baiso is like a balcony of the Appennino Reggiano, with the spectacular Calanques as a backdrop. And in the heart of the village, the ancient remains of the castle bring to mind the past. A few kilometres away we find the ruins of the Matildic castle of Carpineti, the stone of Bismantova, and in front we see the magical Valestra mountain.