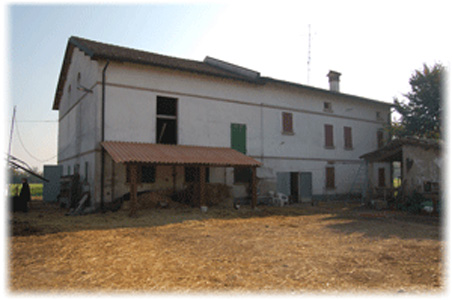 The Ghiardo, which starts here and extends towards Bibbiano, is a plateau frequented since prehistoric times and has its own typical landscape. Slight undulations, airy lawns and some interesting villas. At Rivalta you’ll find the Ducal Palace of the Duca d’Este, called “the little Versailles” of Reggio Emilia.
They started to raise Reggiana for economic reasons, since it is the only profitable breed, especially in traditional stables, with the posts.
Gabriele tells us: “The Reggiane are more resistant than Frisone and Brune, they make less milk, but it is top quality. They bond with people and their environment. The cows even recognize the type of buckets; they did not accept the new ones for a long time. When the blacksmith comes over there is always some drama”.