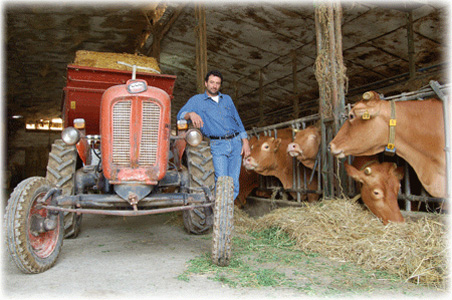 On the banks of the great Po river … where it could be possible to meet Don Camillo and Peppone. Guastalla is the noblest capital of the Reggiana bank of this river.

The recent restoration of the ducal palace has added value to an exceptional legacy, which goes from the Middle Ages up to Liberty. Not far away stands Gualtieri, with its beautiful square, a land that gave birth to another famous person, Antonio Ligabue. It is a pleasure to talk with his son Stefano, who is always happy to remember how in the Benatti company they have always raised red cows, considered more rustic, fertile and with longer lives. Before saying goodbye, do not forget to visit his wife Vanessa, who welcomes everyone with a smile in her Reggiana cheese shop. It is in via Cantone number 5, in San Martino.