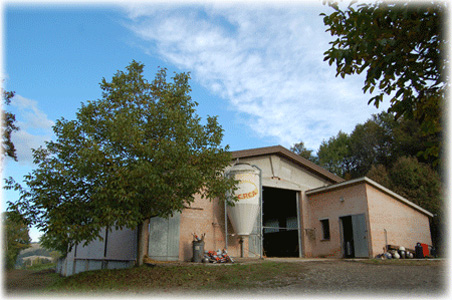 The company is located between the ancient village of Montebabbio, the Matildic castle of San Valentino and the Rio delle Viole. Montebabbio looks like a village perched on a hill, with medieval character. A slender tower of the old castle remains.
Giacomo also sells animal feed, while his wife Rosa decorates tiles. He says: “I like these animals. They are profitable. The milk yield is excellent especially considering the fact that we make cheese and not kilos of milk”.