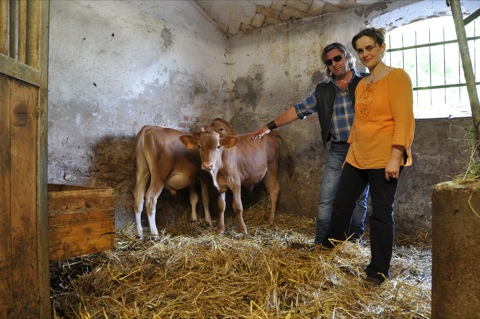 He was a gardener and a clerk when, by chance, in 2005 Daniele Miselli bought a Reggiana calf. From there a passion for these animals was born, which led him to buy ten more pregnant heads. And only calves were born. At that point he began to devote himself full time to the farm, also producing balsamic vinegar, with a native vine that covers 4 biolche of the company.
Between the Rivoluzione d’Ottobre and the bust of Lenin, just south of the Roman Via Emilia, is Cavriago.
A curious tidbit: not far, in Barco di Bibbiano, a roundabout was dedicated to Parmigiano Reggiano.
Reggio Emilia with the museum and the Tricolore hall are a short distance away.