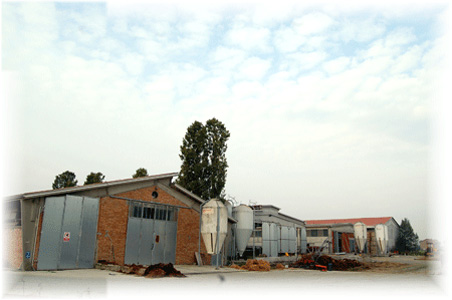 We find ourselves not too far from Novellara, so-called Nublaria by the Romans because of the phenomenon of the fog and its gloomy Rocca. Novellara was the longest-lived of the small Gonzaga states of the plain, between Reggio and Mantua. Its historical collection is impressive: the castle with the museum, the collegiate church of Santo Stefano, and the stately large porticoes.
The company was founded in the 60s. Regarding the Vacche Rosse they say: “They are less productive, but more manageable; they give us less problems and have a different diet compared to the Frisona”.