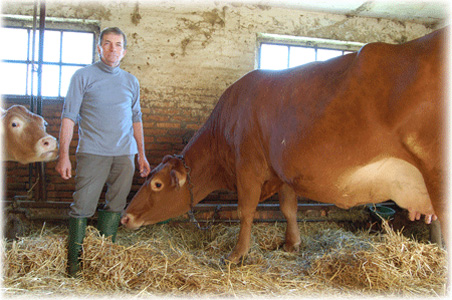 The company is located in Montecavolo, in the town of Quattro Castella, where we find the garden dedicated to Gabrina degli Albeti, a witch who lived in Reggio Emilia in the seventeenth century, whose tongue was cut during the Inquisition for having divulged magic formulas.
Rocchi Silvano is a “champion” breeder of the best Brune, awarded in exhibits on the peninsula. Now he has rediscovered the Reggiana because they were also bred by his father, without forgetting the higher income that this breed manages to now make. Among the zootechnical characteristics, he notes that: they are stronger animals, they have better limbs, they eat less and they transform the food even better compared to the Frisona.