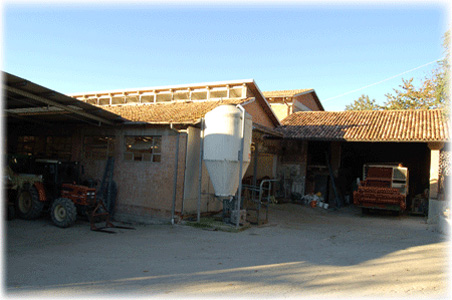 They are husband and wife and the area is lovely. Renato was one of the supporters of the historic “Zanelli” stable in Coviolo, Reggio Emilia, now working behind the Bianello Castle, the only survivor of the four Matildic fortifications that once lined up on the hills of Quattro Castella. it was the residence and fortress of the Canossa descendants, until 1742.
They started to breed the Reggiana breed initially out of curiosity, then continuously, for having noticed the price difference in the sale of milk. Among the zootechnical characteristics they indicate, in their favor, a lower comeback and lower veterinary expenses.