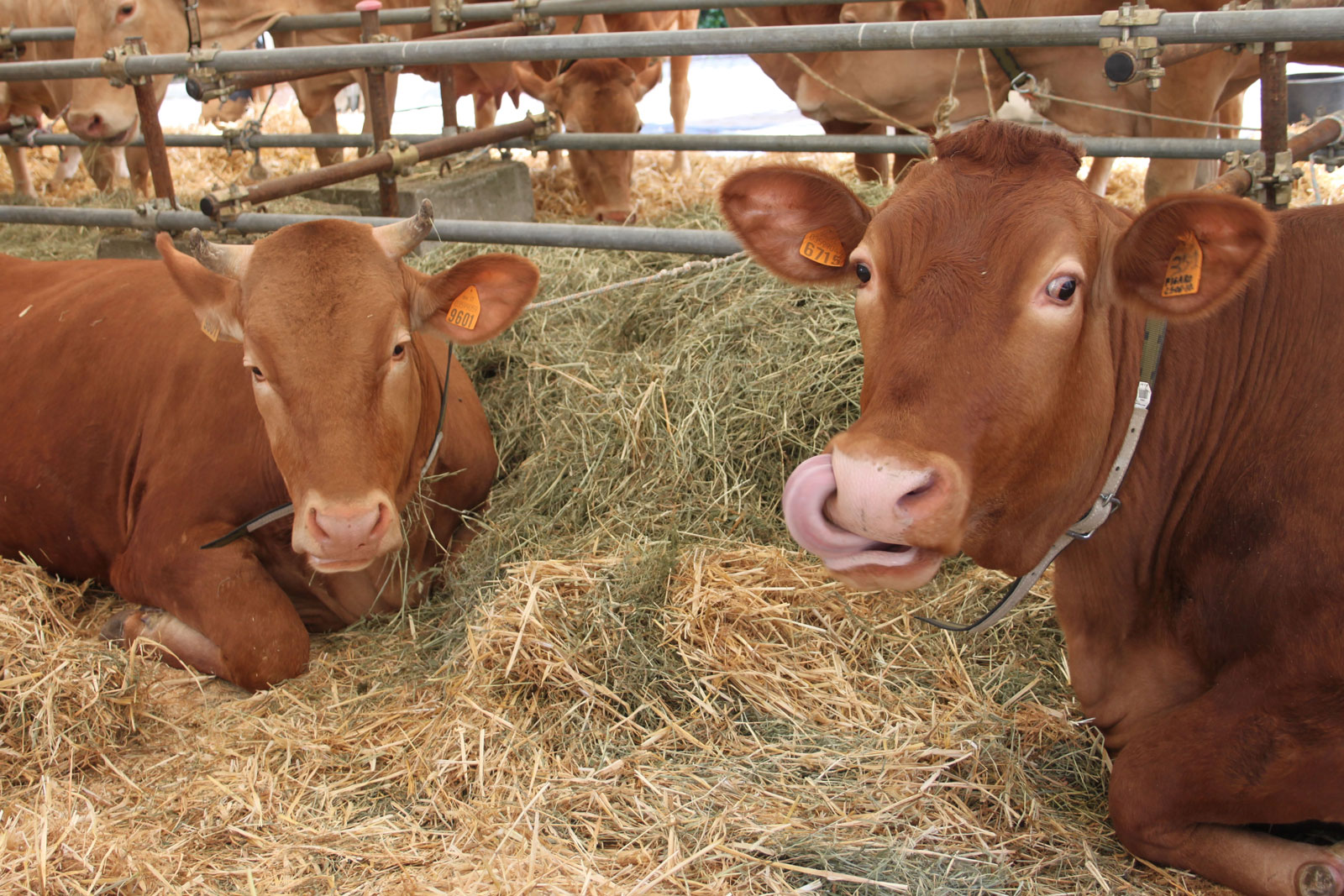 Home > The Reggiana Breed > The Important Qualities of the Reggiana milk

The milk of the Reggiana cow, an animal with a triple purpose in the old days, is now destined entirely to be transformed into Parmigiano Reggiano cheese. The recovery of these animals is thanks to the increased qualitative attention towards their milk. In fact, in the genetic heritage of the Reggiane, compared to other breeds, there is a greater frequency of the variants B, K and Beta-casein, which are the smallest and most numerous micelles among the different types of casein. In cheese-making this means: higher yields, better rheological properties, greater serum purge (and therefore the lower occurrence of abnormal fermentations), greater ageing of the cheese and consequent better digestibility of its protein and lipid components. The organoleptic properties are most certainly different.

The milk of Reggiana cows has been studied in the past by several authors, and the literature is available for reference. The results of all these studies have shown that this milk possesses all the ideal chemical and physical characteristics for the production of a cheese such as Parmigiano-Reggiano. These findings have shown that the milk of Reggiana cows, compared Frisona milk, is richer in general in dry residue and ash, and in particular is richer in protein, casein, calcium, phosphorus, citric acid. In addition, the milk of the Reggiana breed, compared to the milk of Frisona, also has a higher titratable acidity and a lower content of chlorides. The most interesting and significant differences were brought to light by subsequent research regarding the level of casein content, which is higher than in the Frisona milk, and regarding genetic polymorphisms of the alpha s1, beta and k casein. As it is widely known, the genetic polymorphisms of the alpha s1-cn, beta-cn, but above all the k-cn caseins, have considerable technological significance that is easily measurable both with instruments in the laboratory and manually in the boiler. The milk produced by homozygous cows for k-casein B, has lactodynamic and gelometric parameters that are clearly more favourable than those in homozygous cows’ k-casein A milk. In simpler words, the Reggiana, which has a gene frequency of 0.452 of k-A and 0.548 of k-B in milk that coagulates in the boiler, all other conditions being equal, is much better than the Frisona which has a gene frequency of 0.753 of k-A and 0.247 of k-B. This knowledge that dates back more than 25 years is now recognized as valid by the entire international scientific community.

In addition, the fact that the milk of the Reggiana is richer in percentage of k-casein compared to the Frisona shows us, under an electron microscope, a different micellar picture that is more favourable for optimal coagulation. Even during the phases before milk processing in the boiler, Reggiana milk proves to have a good ability to surface the fat and a greater fermentation activity. In the boiler then, as already mentioned, compared to the milk of the Frisona breed, we see a more consistent curd, with uniform casein lumps with rheological characteristics that are more favourable. All of this in turn allows for a cooking temperature that is slightly higher than normal, making operations slower and easier. Finally, the large amount of research carried out during the ageing process, comparing Parmigiano-Reggiano made with the milk of Reggiane cows to Frisona cows, find that there is a clear superiority in the milk of Reggiana over the Frisona during transformation into Parmigiano-Reggiano. Several researchers have looked at the ageing period and found a much stronger proteolysis in the wheels of Frisona compared to the wheels of Reggiana. Today we know that this result, which was not easily explained in the past, means that the Frisona milk has a higher content in an alkaline protease (plasmin) compared to Reggiana milk.

From (G. Losi, V. Russo - University of Bologna, Faculty of Agriculture, Degree Course in Animal Production Science and Technology, "Biodiversity as a resource for agriculture: the case of the Reggiana cattle breed", Provincial Agricultural Conference in Reggio Emilia, December 4, 1998).